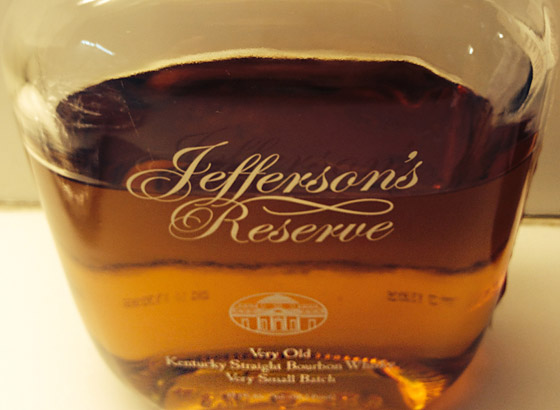 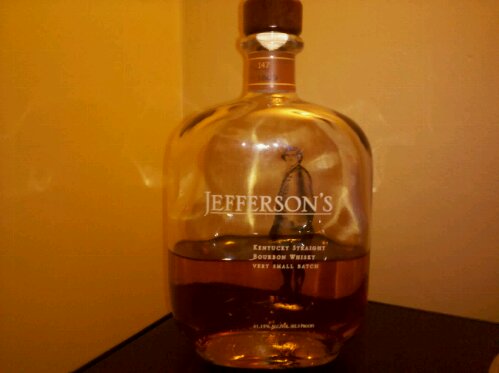 I’m not sure why, but when I hear sound of the cork popping out of a bottle of bourbon my taste buds start to anticipate something great coming their way. Jefferson’s Very Small Batch Bourbon, from McLain & Kyne, did not disappoint them.

Jefferson’s Small Batch is aged 8 years (vs. their Jefferson’s Reserve version which is aged 12) in metal warehouses to accentuate extreme temperatures. According to the distiller, this environment “forces the bourbon to expand into the barrel and pull out the wood flavors.” I guess the term “small batch” is a pretty general term, but my bottle was number 1009 from batch 147 which does seem pretty small compared to the production of some of the larger distillers.

The scent of Jefferson’s is incredibly mild. From the bottle and from the glass you really have to work to get a nose from it. The taste was well-balanced with flavors of sweet caramel and vanilla. There is a satisfying burn, but overall very smooth and pleasant finish.

Jefferson’s is very good whiskey. This is good old fashioned Kentucky sipping whiskey. I would highly recommend this one.