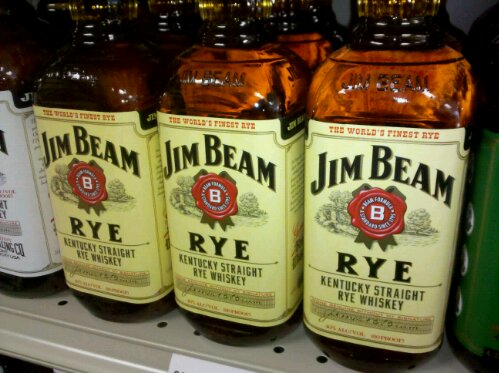 I hesitated a little bit adding a rye whiskey to this blog since someone is going to write to tell me that it’s not a bourbon, but this what I have in the cabinet at the moment so let’s roll with it. Rye is usually associated as the drink from the pre-prohibition days, but it has seen a resurgence lately with many bourbon distillers coming out with speciality batches of rye whiskey. This seems like it would be a natural extension for a distiller since the process of making rye is similar to that of making bourbon.

For the record, American rye whiskey is made from a mash of rye (technically at least 51 percent rye), while bourbon is made primarily of corn (also at least 51 percent). The taste is similar to bourbon and could be substituted for bourbon in mixed drinks, but it does have some noticeable distinctions.

Jim Beam Rye (80 proof) is aged for 4 years in charred oak barrels and carries a lighter color than you see with bourbons. It has a more peppery bite initially than its cousin, but the flavor tends to be a more mellow and not very complex. The finish is pleasant with a very slight burst of sweetness and oak. You may also get some maple on the tongue if your really reaching. While I didn’t love the taste, I didn’t hate it either. I definitely see how this bottle would fit into any well-stocked bar.

If you typically are a bourbon drinker, you will miss the bolder flavors – but don’t let that discourage you from trying it and appreciating the differences.

Verdict: Good value for the money 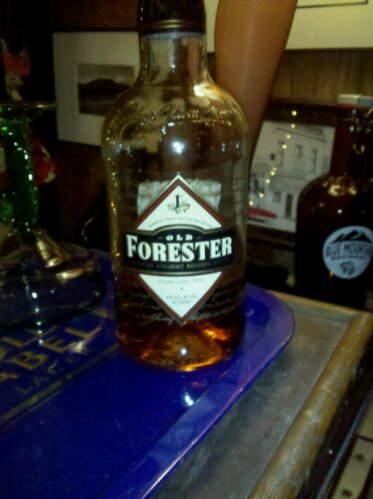 Old Forester, like all great brands, has an interesting history. It has been on the market since 1873 and is touted as the longest continuously marketed bourbon. During Prohibition (1920 – 1933) it was one of the 10 brands that could legally produce liquor (for medicinal purposes only, of course). It was also the first bourbon to come in a bottle. Before that bourbon was delivered in barrels and served from decanters.

I tried Old Forester at my friend’s man cave last night. It was the only bourbon he had and the garage (complete with a replica “leg lamp” from A Christmas Story) was a perfect venue for our mission.

It was a really hot night so we decided that adding a few ice cubes was appropriate. The bourbon itself had a good color and medium body. The taste was very subtle – not too sharp and not a lot of sweetness. You get a hint of oak and some interesting spices, but the flavors are really delicate. Although I typically like a bit more sweetness in my bourbons, the ice cubes mellowed the flavor after a few minutes which made it very drinkable.

The bottle design was apparently updated recently and, although this version is more contemporary than the previous, it doesn’t knock me over. I would love to see the labeling simplified.

All and all, I would consider Old Forester a good basic bourbon. It’s a great value for the money and it would be a fine choice for a casual cocktail or a hot night in the garage. 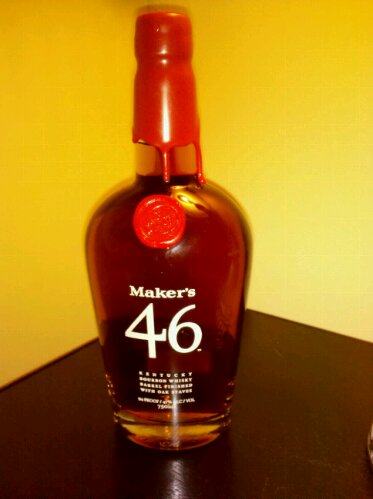 The process of making the 46 was basically the same as the original Marker’s but with a twist: After aging the bourbon to maturity, they insert toasted French oak staves into the barrels for an few extra months. In addition to the added aging, the toasting of the staves adds a bit more caramel to the taste. You get the same deep, consistent flavor of Maker’s with some interesting vanilla, honey, and orange spices, a smooth finish, and no bitterness.